The Obama administration has asked a judge Monday to “carefully consider” the size of the bond demanded from the Palestinian Authority (PA) for its role orchestrating years of terror attacks against Israelis and Jews – directly interfering in a US court case.


In February, the Palestine Liberation Organization (PLO) – the terror group behind the PA – was found liable to pay $218.5 million to victims of terror, a figure that was set to be tripled to $655.5 million according to the anti-terrorism laws under which the case was brought…

In a document entitled “Statement of Interest of the United States of America,” the Obama administration expressed concerns over the payments hurting the PA’s basic government services.

Forcing the PLO to pay “a significant portion of its revenues would likely severely compromise the P.A.’s ability to operate as a governmental authority,” deputy Secretary of State Antony J. Blinken wrote.

It’s hard to imagine that at this late date I am still capable of being disgusted by the Obama administration.  Yet there it is.  Just when I think that they can’t sink even lower into the muck, we get stories like the one above.

So, the Obama administration is literally siding with the PA and the PLO over their American victims, despite an American court-ruling not in Palestinian-Arab favor.  The word “shocking” comes to mind, although I am certain that many of you will not be shocked.

And the reason for this interference in the ruling of the court is because Obama is concerned that the PA will not be able to pay its bills?  Well, he has a point.  Supporting terrorism does not necessarily come cheaply.  But if the PA cannot afford to pay its bills, whose fault is that?

We are to believe that the PA-PLO should be shielded by the President of the United States from having to suffer the predictable consequences of their own behavior?  A behavior that includes the murder of American citizens?  Or does Barack Obama honestly think that it is perpetually Jew hunting season in the Middle East?  If the PA can’t afford to post bond to the court perhaps they should rethink their rather counterproductive Jew Killing Policy.

But, in truth, would it really be an unfortunate thing if the PA collapsed?  The EU and the US are bankrolling a gang of cutthroats who cry out for the genocide of the Jews, who despise the United States, and who name schools after murderers.  We should not be in the business of promoting these people, we should be in the business of actively opposing them.

The PA is not quite as heinous as Hamas, but it is close enough, and neither are democratic organizations.  Perhaps I am just old fashioned, and maybe my views on such matters are not nearly as sophisticated as our Genius in Chief’s, but when I was growing up most people had the notion that one supports one’s friends and opposes one’s enemies.  On a personal level we supported those who supported our well-being and values and opposed those who opposed them.

From a practical foreign policy standpoint what this means is that we should support the secular democracies and not support the non-democratic governments.  Above all, we should not be giving financial aid to Islamist organizations, like the Muslim Brotherhood, because the Brotherhood oppresses women, oppresses gay people, and oppresses the Christian Copts.  They would oppress Jews there, but there are no Jews there, having been ethnically-cleansed from almost the entire region by the hostile majority population in the middle of the last century. 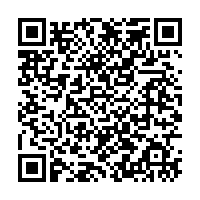