Eleven-year-old Levi Leibowitz couldn’t wait to tell his friends and family back home in Tokyo about his experience Sunday night. He was a guest at the International Conference of Chabad-Lubavitch Emissaries banquet at the South Brooklyn Marine Terminal in New York, thousands of miles from Japan, where he lives.

“I’m going to tell everyone about it, that it was really fun, and the food was very good,” he said. Seated in Chiavari chairs under grand chandeliers, he and thousands of others involved in the organization – 5,200 emissaries and lay leaders from around the world – gathered for an evening of camaraderie and inspiration.


It was the culmination of four days of learning, togetherness and inspiration that the Lubavitcher Rebbe first encouraged his shluchim to convene back in 1983.

“I like talking to all the different Jewish people in my family all over the world,” said Leibowitz. He was there with his father, David Leibowitz, also of Tokyo, and his grandfather, Alan Leibowitz, of Miami.

The theme, “Through Darkness a Shining Light,” prompted speakers to focus on the impact Chabad continues to build through its global outreach and varied programs.

They heard from former U.S. senator Joseph Lieberman, who thanked the emissaries for their work and spoke of his personal connection to the organization, which often made sure he had Shabbat provisions and kosher food during his political travels.

Rabbi Dov Greenberg, co-director of Chabad on Campus at Stanford University in Palo Alto, Calif., took to the podium as a representative for the emissaries. He talked about the 86,000 Jewish students who visited 200 Chabad centers around the world.

Rabbi Greenberg defined a Chabad House as a place “where every Jew feels at home.”

Businessman David Leibowitz agreed. He connected with Chabad a quarter-century ago when he was walking down the street in Bondi Beach, Australia. Wearing a tank top and no kippah, he just so happened to run into a man with a black hat and a beard.

The rest, he said, is history.

“Chabad embodies everything about my heritage and what I want to pass on,” he said.

Leibowitz, who moved to Japan 20 years ago and wound up staying, said Chabad continues to be key to his Jewish life there.

“To have an organization like Chabad and a rabbi like Rabbi Mendi Sudakevich, who gives us all this Yiddishkeit in such a vacuum, is such a blessing.”

As for the Kinus, he said, “we already booked our tickets for next year.”

Josh Wonder, head of finance at the Yeshivah Centre of Melbourne, Australia, attended the Kinus for the first time this year. Coming to New York and taking part in the weekend, he said, represented a chance for him to envision how he fits in to the bigger puzzle.

In the past, like many living overseas who haven’t been able to fly in for the events, he watched the main proceedings online.

“It’s always like you want to be there,” he said. “That’s what brought me here this year.”
He enjoyed the chance to catch up with old friends and said he leaves wanting to do even more to bring people closer to Judaism: “I come away with my batteries recharged. I’m pumped up and ready to take it all on again.” 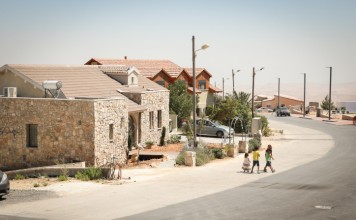