“My mother begged the Palestinian leader who used to park their rocket launchers in front of our homes, launch Israel fully knowing that when Israel retaliates, we will make the evening news,” she told Kelly File.


Gabriel added, “They would move their rocket launcher from home to home, fire one rocket and move away. When Israel retaliated,…guess what was on Lebanese television that night? People wounded because of Israel, and Lebanon television was saying look how horrible Israelis are. They are killing children.

“The Palestinians…cannot win militarily against Israel so they use their own children as disposable collateral in order to win the war of public opinion against Israel.”

Gabriel, an American journalist and activist, was born as Nour Saman in Lebanon. She has said that her life was saved by Israeli soldiers in the Litani maneuver in 1978, when she had been warned by someone of an Islamic attack on Christians.

Her constant condemnation of Islam has made her bait for criticism not only by Muslims but also by The New York Times. In an article by Deborah Solomon in 2008 its magazine, she called Gabriel a “radical Islamophobe,” a label that was protested by 250 people.

In 2007, she told Christians United for Israel annual conference, “The difference, my friends, between Israel and the Arab world is the difference between civilization and barbarism. It’s the difference between good and evil… They have no soul, they are dead set on killing and destruction. And in the name of something they call ‘Allah’, which is very different from the God we believe….” 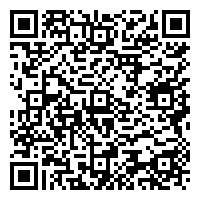