Former President Shimon Peres was fighting for his life at Chaim Sheba Medical Center in Tel Hashomer Tuesday night, just an hour after he was felled by a severe stroke.


As of 02:00 am Israel time, the former president was breathing with the aid of a respirator, in an induced medical coma to ease the stress of his condition on his body. Doctors convened late Tuesday night to decide whether surgery would be helpful to the former president in any way; it was decided that surgery was not an option and the best thing was to simply keep their patient as comfortable as possible.

Upon his arrival at the hospital, Peres underwent an initial CT scan to determine his medical status, and then was sedated and placed on a respirator in the intensive care unit.

The initial CT showed the 93-year-old elder statesman had suffered a massive cerebral hemorrhage, with a second CT scan to assess his condition about an hour later having showed no improvement.

Hemi Peres, the son of the former president, asked the public to pray for his father (name for prayers: Shimon ben Sara) in a statement outside the medical center.

“These have not been easy hours for my family and I,” he said. “We have received many messages from people in Israel and abroad, and we have been wrapped up with warmth and love.

But “at some point,” he acknowledged painfully, decisions will have to be made.”

“Nothing is more precious to my father than the nation of Israel and its people,” he continued. “My father is a special person. I am remaining optimistic. I am praying and hoping for the best.”

Prime Minister Benjamin Netanyahu sent his wishes for a speedy recovery. “Shimon we love you and the entire nation is praying you will recover,” Netanyahu said.

Incumbent President Reuven Rivlin expressed concern over his predecessor’s condition, and said, “I am following with concern the updates from the hospital, and praying together with the entire people for my friend Shimon’s recovery.”

Labor Party Chairman Isaac Herzog also extended wishes for a speedy recovery to Peres, his predecessor in the party. “I wish you, our former president and eternally beloved Shimon Peres, that you recover quickly and return to make your wise, clear and sober voice heard. A complete recovery!” Herzog wrote on the Twitter social network site.

The former president had undergone a procedure last week to implant a pacemaker after returning from a diplomatic conference in Italy. He was released from the hospital the following day.

But Peres experienced a number of medical episodes during the past year. He was hospitalized on January 14 for a heart condition and doctors performed angioplasty in order to unblock an artery. He was discharged from the hospital five days later, but was compelled to cancel a trip to the World Economic Forum in Davos the next day. Peres had planned 15 meetings with world leaders and officials for that trip, and doctors advised him to “rest,” instead.

A professional politician for more than six decades, Peres has held just about every top position in the government of Israel, including stints as prime minister, foreign minister, finance minister, defense minister, and president. Since completing his seven-year term in 2014 as president, he has hosted numerous public events at his Peres Peace Center in an attempt to create his own unique brand of peace and co-existence between Arabs and Jews.

Known throughout the world as an “ambassador for peace,” Peres was awarded the 1994 Nobel Peace Prize for his part in reaching the 1993 Oslo Accords together with then-Prime Minister Yitzhak Rabin and Palestine Liberation Organization chairman Yasser Arafat – the agreement that created the Palestinian Authority. 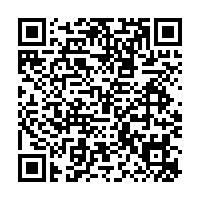