The French-based “IPC – Sa” Firm said it will change the name of its deterging product from “Cyclone B,” almost the same as that of the infamous Nazi gas “Zyklon B,” after strong condemnation by European Jewish Association  General Director, Rabbi Menachem Margolin

The Nazis used “cyclone B”  gas to exterminate Jews in death camps during the Holocaust.


The European Union, which uses the French firm as its cleaning contractor, took measures to put it out of use when informed of the cleansing product’s notorious name.

Rabbi Margolin told German television Monday, “This is horrible ignorance at best, and a Guinness record in evil and cynicism if the company did know the history of the name of its product. No doubt that this is the most tainted name that a detergent can have.” 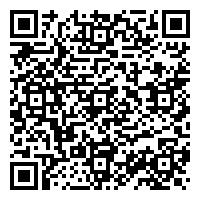