French police have opened a criminal investigation against a young man who made anti-Semitic statements and suggested in a televised interview that Jews should be killed.

Yves Jannier, the prosecutor of the Pontoise region north of Paris, ordered the probe Monday following the airing last week by the France 2 channel of an interview with a young man about the Jews of the nearby Parisian suburb of Sarcelles, Le Parisien reported Monday.

The young man, who was not named, is seen in the interview while standing with friends on the street and answering the questions posed by a female journalist for France 2. “What they are doing over there in Palestine, we are doing here to the Jews. And if we get real angry, we might just kill them,” the man said.

The interview was part of a 46-minute special program on the Jewish community of Sarcelles, a poor suburb where 60,000 Jews live amidst a heavily-Muslim population.

“If I get angry, I will light up all of them, all the Jews,” said the young man.

He is suspected of justifying a crime and “incitement to hate and violence” against an ethnic group, Le Parisien reported.

On July 20, riot police prevented approximately 150 participants of an unauthorized protest rally against Israel’s actions in Gaza from reaching the main synagogue of Sarcelles. Some rioters then burned one store and smashed the windows of another seven shops. A nearby synagogue was hit by firebombs.

Last week, the Correctional Tribunal of Strasbourg in eastern France sentenced a woman to three months in jail for insulting a Jew she saw on a bus. The woman called the man “dirty Jew,” removed his kippa and assaulted the bus driver after he tried to remove her from the vehicle, according to the news website 20min.ch. The woman is Muslim and was drunk when she engaged the victim, according to the report. 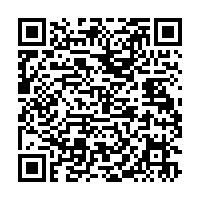