I am so sick and tired of all the lies and propaganda against Israel. I have had it and it is time to expose and debunk them!

The truth is, I have no clue why anyone with a soul or a brain would possibly choose to support those that Israel is fighting. Is it Israel that has been responsible for multiple hijackings over the past 50 years? Have the Jews blown up buildings or threatened Western society in any way? Does Israel have an ideology to take over the world or implement Jewish law over the White House?

In fact the only thing Israel has given the world is good! I am not talking only in the moral sense of the word but actual contributions that came out of Israel. Whether it be technology or medical, Israel has been at the forefront on innovation.

When it comes to Nobel Peace Prizes, Israel towers over ALL Islamic regimes and ALL Arab countries combined! There are over 1.4 billion Muslims in the world and around 13 million Jews. There have been over 168 Jewish Nobel Prize winners and only 6 Muslim ones. Israel alone has 12 Nobel Prize winners.

What The HELL Do You Want From ISRAEL? Stop the “occupation”?

Israel NEVER in the history of the world occupied an Arab country called Palestine! Palestine was a geographical area that the British governed and NEVER was it an Arab country or national land.

The Romans coined the name Palestine when they occupied Israel from the Jews! So if you are holding the flag of ‘give back occupied land’, we agree!
SOME FACTS FOR YOUR PROPAGANDA GARBAGE!

In 1948 Arab countries attacked Israel and refused a UN partition plan. (Not Palestinians but Arab countries).  When the war ended there was a ceasefire line. This was not a treaty nor a border, it was simply where and when the Arabs stopped fighting .

Jerusalem, the entire West Bank, Gaza, the Golan heights and all the “territories” the “Palestinians” claim was theirs were in Arab hands, but no Palestine State was declared. Gaza was part of Egypt and the West Bank and Jerusalem were under Jordanian rule while the Golan was part of Syria.

There was not a single inch of land that belonged to an Arab Palestine national entity of any kind, EVER!

Resolution 242 makes no mention of a Palestinian people and the areas that were “occupied” were occupied from Egypt and Jordan, NOT Palestine! The “Palestinians” have no legal, national or religious claims over the areas they claim were stolen from them.

The Difference Between Israel & Her Neighbors

Take a good hard look at the map of the Middle East and tell me you sincerely believe that Arabs have a right to demand of the small and ONLY Jewish State in the world to relinquish land!

While the majority of Islamic regimes surrounding Israel favor the total destruction of the small Jewish State, Israel’s declaration of independence offers Arabs, both Muslims and Christians, full civil and religious rights.

If I had a dollar for every time some troll called Israel an Apartheid State I would be a very wealthy man!

The fact is, Israel has more Arab lawyers, teachers, doctors and even Supreme Court Judges than there are Jews in all the Islamic regimes combined! While Israel has 3

Arab parties in the Israeli Parliament and 20% of Israel’s population are Israeli Arabs with FULL rights, there is not a single Islamic regime that offers their own people freedom of anything!

This is NOT Apartheid!

The anti Israel lies have no boundaries. I have heard people compare the situation in Gaza to Nazi Germany. Either the person making that statement has no clue what went on in Nazi Germany or they do and they are flat out evil.

The Jews in Europe were very loyal to the countries they were living in and did not have an ideology to take over any country or destroy Germany. During the tightest weapons blockade in Gaza, 2 malls, one 5-star hotel and a water park were opened up, for God sake! I do not remember my grandparents telling me about them sliding down a water slide in Auschwitz!

If the Muslims are already going to mention their friend Hitler, they might want to be reminded of the fact that the Grand Mufti of Jerusalem was a HUGE fan of the Fuehrer and had big plans for the Jews in the area!

What About The Recent War In Gaza?

What about it?! Israel left Gaza in ’05 and instead of building a normal society, the Arabs voted in Hamas who shot over 16,000 missiles and rockets at civilian populations in Israel!

ISRAEL FINALLY REACTED AFTER 9 YEARS OF MISSILE FIRE FROM GAZA!

Do not tell me those rockets are ineffective because of our Iron Dome! You don’t shoot 16,000 rockets at a civilian population and expect no response!

Jews and Muslims Got Along Fine Till The State of Israel

I thought it was the settlements of 1967 that were the reasons for Islamic terror on Israel?! Then again, in 1929 Muslim mobs attacked, maimed, slaughtered and expelled ALL the Jews in Hebron and I am pretty sure there were no settlements yet.

Of course we can go back in history to when Mohammad himself slaughtered the Jews of Medina for not accepting his new book, although I don’t think that had anything to do with occupation or settlements!

We can talk about the Dhimi tax in Muslim lands that deems every none-Muslim a second class citizen or perhaps the law that a synagogue could not be higher than a mosque. I do believe if Israel implemented laws like those Muslims had against Jews long before the State of Israel existed, the “peace” activists would be screaming racism before you could say BULL****

Of course there are these collection of lies:
9/11 was an inside job
Al Qaeda is a US organization
ISIS is not Muslim
ISIS created by the US and Israel
and the lies go on and on and on!

The truth is very simple! Israel is a beacon of light in a sea of darkness and religious oppression. We are the ONLY country in the area that offers full freedom to all citizens irrelevant of age, sex or religion. Israel has been attacked time and time again and if the tables were turned and the Arabs would have won any of the wars, they would not have left any hint of a Jewish State. We have given up land, expelled Jews from their homes in the hope for peace. We trusted terrorists like Arafat and Holocaust deniers like Abbas in the hope for peace! We have done more than any other country has ever done to make peace with those who seek our destruction so dear world, GET OFF OUR BACK!

There is absolutely no logical reason you would support or believe the fanatic Muslims who have been carrying out terror against Israel for the past 66 years over Israel that has given you nothing but good, so just cut it out!
—
Don’t forget to join me on the IsraelShield Facebook Page as well as on @israel_shield Twitter
We Always Win Because We Can’t Afford To Lose!
IDF ‘Quench A Soldier Campaing
If you support Israel, here is your chance to support the IDF troops who protect Israel. I will be delivering water packs to 200 IDF soldiers who will be on duty during the Jewish Holidays.
I am still missing several sponsors!
CLICK TO DONATE—>QUENCH A SOLDIER 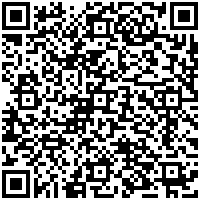