The latest in the parade of protesters hopes to ferry its protesters about in a convoy led by a Swedish trawler.


Israel will not allow any unauthorized vessels to sail into her territorial waters, officials said Monday.

The Marianne of Gothenburg set off on her voyage to Gaza from her home port Sunday evening, according to a post on the website of the International Solidarity Movement.

According to information on the site, the Marianne is expected to join with other ships on the way.

Together they are to form the “Freedom Flotilla III” according to the site, in order to “perform a peaceful, nonviolent action” to break Israel’s legal naval blockade of Gaza.

Foreign Ministry spokesperson Emanuel Nachson pointed out Monday that “if the so-called ‘helpful’ Gaza flotillas were really interested in the welfare of the population in Gaza, they would send their aid via Israel.

“The fact that they insist on a flotilla demonstrates this is an unnecessary provocation.”

The trawler allegedly will “bring a limited cargo of, among other things, solar cell panels and medical equipment.”

Five crew and up to eight “delegates” will also be on board the vessel as passengers in each section of the route, the group said. This ship will stop in Helsingborg, Malmo and Copenhagen as well as other ports to be announced later.

Israel maintains control over her sovereign territory, currently including the coastal waters of Gaza, in order to protect her citizens as do other nations.

Iranian-backed terrorists constantly attempt to transfer arms, ammunition and other contraband into the region. The sea is one of the routes used by smugglers to bring in the ordnance. 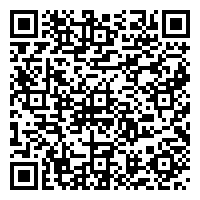