While the kidnapping of Gilad Shaar, Eyal Yifrach and Naftali Fraenkel, barely made the world’s news feeds outside of Israel, and in some cases, global news outlets took days until it was even mentioned, the murder of the Jerusalem Arab boy made headlines within hours on ABC News, BBC News, RT, USA Today, The Guardian, CNN, and other sites.

And to our eyes, apparently only because the news sites suspect the murder was committed by Jews.


Meanwhile, the country is waiting for the police investigation to report back if this was actually a retaliatory attack, or if alternatively, this was an internal family matter, perhaps related to family honor, as others suspect.

Either way, leading Israeli politicians immediately offered their unequivocal condemnations of the murder, whether it was committed by Jews, the boy’s family, or part of a clan war. 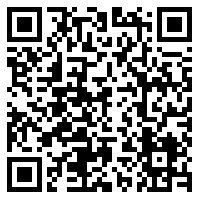