Interpol says the prison escapes have taken place in nine Interpol member countries over the past month. The organization is requesting its 190 member countries’ assistance in figuring out whether such events are indeed linked.

Following a series of prison escapes across nine INTERPOL member countries in the past month alone, including in Iraq, Libya and Pakistan, the INTERPOL General Secretariat headquarters has issued a global security alert advising increased vigilance.

With suspected Al Qaeda involvement in several of the breakouts which led to the escape of hundreds of terrorists and other criminals, the INTERPOL alert requests the Organization’s 190 member countries’ assistance in order to determine whether any of these recent events are coordinated or linked.

INTERPOL is asking its member countries to closely follow and swiftly process any information linked to these events and the escaped prisoners. They are also requested to alert the relevant member country and INTERPOL General Secretariat headquarters if any escaped terrorist is located or intelligence developed which could help prevent another terrorist attack.

Staff at INTERPOL’s 24-hour Command and Coordination Centre and other specialized units are also prioritizing all information and intelligence in relation to the breakouts or terrorist plots in order to immediately inform relevant member countries of any updates.

August is the anniversary of violent terrorist incidents in Mumbai, India and Gluboky, Russia as well as in Jakarta, Indonesia. This week also marks the 15th anniversary of the US Embassy bombings in Nairobi, Kenya and Dar es Salaam, Tanzania in which more than 200 mostly African citizens were killed and 4,000 others injured.

The US State Department has also issued a global travel alert in response to credible intelligence suggesting that Al-Qaeda and affiliated organizations continue to plan terrorist attacks between now and 31 August, particularly in the Middle East and North Africa. In addition to the US authorities announcing the one-day closure of more than 20 diplomatic missions on Sunday 4 August, the UK Foreign Office has also confirmed the closure of the British embassy in Yemen on 4 and 5 August. 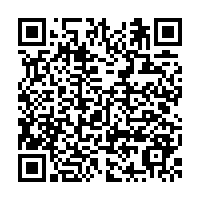