Wisconsin’s Republican Gov. Scott Walker visited the Western Wall (Kotel) this week for the first of several photo-ops that are likely to precede an announcement in June that he will be another candidate for the GOP presidential nomination.

“Really, for us though, we wanted to make it an educational focus, not just a media trip,” Walker said.


His “education” will be focused on learning enough about Israel that he can convince people he know something about foreign policy, a subject on which he already has proved is far from being his ace.

Walker recently compared the Islamic State (ISIS) with union protesters, meaning he could take care of both groups, CNN reported.

He obviously is not on the left side of the Republican party.

We need a commander-in-chief who will once and for all call it what it is, and that is that radical Islamic terrorism is a threat to us all. We need a president who will affirm that Israel is our ally, and start acting like it.

His itinerary covers the usual required sites, such as the Yad VaShem Holocaust Memorial. He also will meet with Prime Minister Binyamin Netanyahu, Knesset Members and IDF officers.

A helicopter tour will give him a bird’s-eye view of Israel’s narrow borders with unfriendly neighbors.

Walker returns to the United States on Thursday, where he undoubtedly will tell everyone how much he now knows about Israel.

It is amazing how politicians learn so much so quickly. Gov. Walker said in South Carolina last week:

Although I’ve only been here once this year, I know South Carolina. Now get to know me.

If Israel is going to be his calling card in the crowded field of Republican presidential candidates, Walker does not have much of a chance. Israel is near the bottom of subjects that interest most American voters.

But terror is big, and Walker is big on fighting terror.

In his speech in South Carolina, he said:

If Gov. Walker joins the race to be the GOP presidential candidate in 2016, he will have plenty of company. His problem, and that of most other Republican candidates, is that they all sound alike. 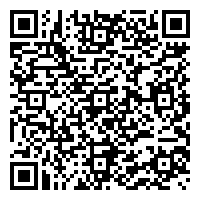