The Regavim Association this week revealed that one Ali Mohamed Issa Moussa, the main Arab petitioner to the Supreme Court in the case of the neighborhood of Netiv Ha’avot in Gush Etzion, where 17 Jewish owned structures were slated for demolition, is co-owner of an illegal garage north of the Gush, whose clientele are mostly Jews.

So, to reiterate: a claimant suing to demolish 17 Jewish homes, presenting not one shred of evidence – because the Supreme Court does not vet evidence – is operating an illegal garage against which there is a standing demolition order.


As soon as the news came out, according to a press release issued by residents of Gush Etzion, local Jews have begun to organize a boycott of Issa Moussa’s garage.

Regavim official Oved Arad explained that “the garage was built without a construction permit and without a business permit as well, but the IDF Civil Administration has yet to take care of this case.”

In fact, according to Arad, “the state filed repeated requests for an extension on the demolition to the Supreme Court, and has yet to bother to respond to the garage owner’s petition – so that the court issued an interim order preventing the enforcement of the law and the demolition of the structure. In a sense, this is how we reward a criminal.”

Moshe Seville, Deputy Head of the Gush Etzion Regional Council, said this is an unusual and aberrant absurdity. This is a Palestinian who has waged war against the residents of Netiv Ha’avot, claiming it is illegal, and at the same time enjoys a garage that was built illegally.”

The Netiv HaAvot neighborhood of Elazar, situated 500 yards beyond the Elazar community’s jurisdiction, and adjacent to Alon Shvut, was built in 2001 on land which was later claimed–with the urging and support of Peace Now–by the Mussa family of al-Khader, near Bethlehem. An Israeli government official, Assistant to the Defense Minister, Brig. Gen. Baruch Spiegel, stated that the neighborhood was built on privately owned Arab land and on “survey land,” whose ownership was still subject to determination. The neighborhood was then included in the 2005

Netiv HaAvot subsequently figured among 105 “illegal outposts” listed in the virulently anti-Jewish settlements Sasson Report submitted to the Ariel Sharon cabinet in 2005. The report also noted that Ariel Sharon himself, as Minister of Housing and Construction, had a role in spending $80 thousand to develop the neighborhood. This last part could mean that Netiv HaAvot could be spared demolition, depending on the final text of the Regulation Act being hammered these days in the Knesset. 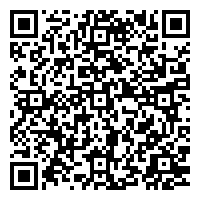