Elkin told The Jerusalem Post Monday night that the VP intervened to persuade the Ukraine to vote in favor of the resolution.

Israel’s Ambassador to the US Ron Dermer told CNN and MSNBC on Monday that Israel has clear evidence the Obama Administration labored hard to support the resolution, but insisted he would provide the evidence only after President-elect Donald Trump takes over.

Elkin insisted Biden had worked on the Ukrainians, who would have abstained otherwise. Ukrainian President Petro Poroshenko’s office confirmed Biden had called them, but would not say whether or not the conversation was about the vote. They, too, presumably, are waiting for the January 20 inauguration. The VP’s office insisted the call was strictly about financial issues.

Biden’s national security adviser Colin Kahl told the Washington Free Beacon that “the Vice President did not call the Ukrainians or other foreign leaders on the resolution.”

The Free Beacon cited a senior pro-Israel US official who said “Biden lobbied Ukraine, and of course administration officials are too cowardly to admit it. With everything that’s going on involving Russia, Iran, and Syria, this is how the Obama administration choose [sic] to spend its precious diplomatic capital. They decided to twist arms and trade favors for a resolution that cuts off Jews from Jerusalem, a city that is Israel’s capital city according to American law.”

According to the LA Times, President Obama personally directed his Administration’s lobbying efforts ahead of the expected vote. Obama, who is vacationing in Hawaii, convened a discussion Thursday with Vice President Joe Biden, Secretary of State John F. Kerry and other top national security officials. According to the LAT, Obama spoke with national security advisor Susan Rice on Friday to issue his final decision.

Incidentally, President Poroshenko, in his rush to repair the damage from his vote, which so far resulted in Netanyahu canceling the Ukrainian president’s state visit, with more serious consequences to follow, issued a statement suggesting the resolution was “balanced,” since it called for “measures necessary for peaceful solution from both Israeli and Palestinian sides: Israel should stop its settlement activities while Palestinian authorities – to take effective measures toward fighting against terrorism.”

In other words, Israel should freeze construction in Judea and Samaria in return for the Palestinian Authority curbing its calls to murder Israeli civilians and soldiers. Should come in handy next time the UN votes on Russia’s invasion of half the Ukraine. 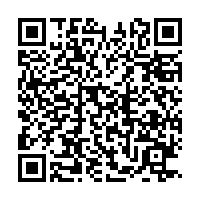