A committee of expelled Gush Katif residents approached Prime Minister Benjamin Netanyahu on Sunday requesting that he prevent the destruction of the synagogue and mikvah of the Migron settlement, which was evacuated, Kipa reprted.

Eliezer Aurbach, chairmen of the Gush Katif residents’ committee, wrote to Netanyahu in the name of the expelled former residents of Gush Katif, saying, “We who have personally experienced the government’s decision to uproot our lives and our communities from Gush Katif seven years ago, are standing stunned and in pain today, seeing how the government is repeating the mistake and the terrible injustice by destroying a community and tearing up the homes in Migron.”

“After the acquisition of most of the houses in Migron from their Palestinian owners, logic and public justice should obligate the state’s attorney to approach the Supreme Court with a request to nullify the ruling,” he added.

“We call upon you today to instigate a process that will strengthen the settlement in Israel, and especially in Judea and Samaria as part of a Zionist statement that reflects our rights to this land,” the committee signed the letter. 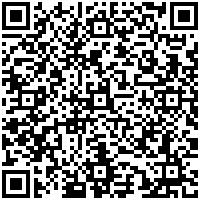