Last night, Defense Minsiter Ehud Barak decided that Nitzan Allon, head of the IDF Central Command, will not sign his approval for Ariel University to be recognized as a fully accredited university. This decision brought about a very angry reaction from right wing government factions, Israel Today reported.

In a letter that he sent last night to Prime Minister Binyamin Netanyahu, Barak indicated that after he had completed the last round of consultations with relevant elements, among them key university heads, the chairman of the board of higher education in Judea and Samaria, chairman of the board of planning and budgeting, Emanuel Trachtenberg and others, he decided to recommend that “the university center in Ariel will not become a full-fledged university prior to the Supreme Court ruling on the matter.”


People in Barak’s circle explained his decision saying that in any case the issue is hanging until it is decided by the Supreme Court, and that until the Supreme Court rules on the matter there is no reason to rush to make the Ariel University a full-fledged university, a step which is the subject of professional controversy.

Barak’s associates added that according to Barak and Netanyahu’s recommendation, if the Supreme Court approves the transformation of the Ariel center into a full-fledged university, the matter will be presented for a joint decision before all the cabinet ministers.

Yesterday, Minister of Education Gideon Saar said, “This is an obvious maneuver by Barak to try and delay the recognition of Ariel as a university. It’s possible that the Supreme Court will wait for the signature of the Head of the Central Command before conducting a judicial review. The head of the Central Command is supposed to be directed by the government in this matter and not by the Minister of Defense.“

According to the Peace Now Movement, “Barak’s decision is bringing back sane priorities to the government. The decision to transform the Ariel college into a proper university is not essential and doubtfully legal.”

Coalition chairman MK Zev Elkin said that “Barak is making illegal use of his authority. This coalition may consider itself no longer obligated to adhere to agreements which are important to Barak and his party.”

The Ariel University Center stated that “we expect the Prime Minister to exercise leadership and to complete the process which began with a government decision in 2005, and to put into effect the decision giving permanent recognition to the center as a full-fledged university.” 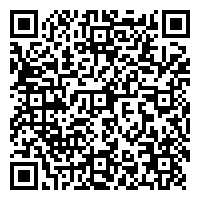