A man suspected of carrying out a terrorist attack this week in Haifa surrendered himself to police on Thursday night.

The dramatic development took place near the Bridge of the Heroes in the Hadar neighborhood of the city.


Due to a gag order on the investigation, few other details are available at this time.

Earlier in the day, friends and family accompanied murder victim Guy Kafri, 48, as his body was laid to rest at a nearby cemetery in Moshav Ofer.

Kafri was one of two people who were shot in Haifa on Tuesday in an attack that went largely unreported for two days due to a gag order that was issued in order to allow investigators time to determine whether or not the shooting was a terrorist attack.

The second victim, a rabbi who is a member of the Haifa conversion court, is reported to be in serious but stable condition. 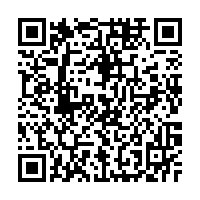