A senior Iranian cleric’s observation this week that Iranian missiles could hit Tel Aviv in seven minutes made international headlines and was a useful reminder of just how aggressive and destabilizing the Islamic Republic can be.


A look at the Persian language reporting of the speech, however, reveals something even more ominous. What Hojjat al-Islam Mojtaba Zonour, a former advisor to the Supreme Leader’s representative to the Islamic Revolutionary Guard Corps, actually threatened was that Iran could use its missiles to destroy 36 different U.S. military bases. He singled out the U.S. Fifth Fleet headquarters in Bahrain specifically, and said Iran could flatten it. If, as some Iranian officials claim, Secretary of State John Kerry and European foreign ministers gave Iran a free pass to test and develop missiles with a range under 1,200 miles, then these enabling parties have some explaining to do. It’s bad enough to throw Israel under the bus because of President Obama or Kerry’s personal pique at Israeli leaders, but it’s quite another to allow Tehran to wield the weapons they say they will use to murder Americans.

Zonour’s threats also suggest that, in the wake of the Joint Comprehensive Plan of Action, Iran may have grown so bold as to consider directly attacking American facilities rather than maintaining plausible deniability by doing so by proxy. There is an American tendency to self-flagellate and to assume that the destabilizing or terrorist behavior of all foreign adversaries is somehow rooted in something the United States has done, but in this case, Iran’s motivations for its ballistic-missile program predate the Trump administration and, indeed, Supreme Leader Ali Khamenei said in a recent speech that he sees no difference between politicians like Kerry and those who succeeded him.

Fatah to Hamas: Why Didn’t You Shoot the IDF Snipers? 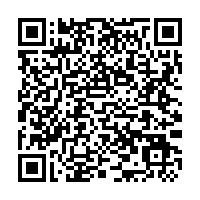