The Israel Security Agency (Shin Bet) revealed Thursday it has exposed a huge terrorist network that was aided by terrorists and commanders operating from Jordan, Syria and Turkey as well as within Judea and Samaria.

One of their targets was Jerusalem’s Teddy stadium, home of the Betar soccer team.

They also were planned to use a car bomb and had drawn up plans for a mass casually attack on the Jerusalem light rail system, coordinated roadside bombs and shooting attacks with M-16 semi-automatic rifles, and infiltrations, murders and kidnappings in Jewish communities throughout Judea and Samaria.

The gag order on the arrests of more than 30 terrorists two months ago was lifted today. A large quantity of weapons and ammunition also were found.

At least two of those arrested are Jordanians who previously were soldiers for the kingdom, drafted by Hamas in 2010 and sent to Turkey and Gaza for training, entering the Hamas territory through smuggling tunnels from Egypt.

The command post from Turkey further shows how Hamas has been provided a deadly safe haven by Turkey’s Prime Minister Recep Tayyip Erdogan.

The cells had carried out two explosions in Samaria last August, but no one was injured. The terrorists set off the bombs using a timer so that the explosions would occur when security forces were on the scene. One of the bombs went off at the Rehalim junction.

The explosions were carried out under instructions from Hamas commanders in Gaza, Jordan, Syria and Turkey. Investigations by the IDF and Shin Bet helped them track down the extensive terrorist network.

Among those arrested were two from Jordan, Manaf Mohammed Angvera, 28; and Abdallah Mahmoud Zitawi, 25, Jordan; 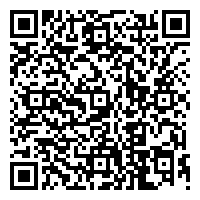