In response to the Sunday report about the unrestrained attack by the visiting Rabbi Shmuel Dovid Halberstam, the Sanz-Klausenberger Rebbe of Borough Park (Grand Rebbe Attacks Settlers, Compares Israeli Media to Nazis), a local movement of pro-settlements Haredim known as Halamish (acronym for Haredim for Judea and Samaria) published considerably different statements on the same issues by Rabbi Halberstam’s father, the late Grand Rabbi Yekusiel Yehudah Halberstam, the First Klausenburger Rebbe and the author of “Shefa Chayim” and “Divrei Yatsiv.”

The Klausenburger dynasty was founded by the late Rabbi Halberstam in 1927, when he became the Rav of Klausenburg, capital city of Transylvania, Rumania. The Klausenburger Rebbe was the great-grandson of Rabbi Chaim of Sanz, founder of the Sanz Chasidic dynasty.

According to Kikar Hashabbat, which quotes from the Halamish messsage citing what the late Rebbe has said in 1976 about settling Eretz Israel:

“When we look at the map today we are ashamed that, because of our numerous sins, Eretz Israel looks so shriveled, compared with the black, threatening balloon. And when you need to write ‘Jerusalem’ on the map, the word ends up somewhere abroad and you’re unable to write ‘Jerusalem’ within the map. And they want to take that, too, away from us, that, too, they won’t have the charity to give the Jews, that, too, they wish to divide, God forbid, may God wipe out the names of the wicked and the terrorists with whom Jews are collaborating…”

In fact, when it came to comparisons with the Third Reich, it appears the first Klausenburger Rebbe had his priorities straight: “There are Jews, may we be spared this, who join up with the Arabs, who are worse than the cursed Nazis,” he said.

In 1984, according to Halamish, the Klausenburger Rebbe made another WW2 comparison: “To our chagrin, there are Jews who join up with the terrorists and try to appease them all the time, and they hate the Jewish faith, especially the press and the media who curse the Jews and glorify the haters of Jews.”

The Rebbe was an enthusiastic supporter of the Haredi town of Imanuel, established in 1983 in Samaria. It was growing and flourishing initially, but the Oslo accords discouraged new investors and the town declined to only a few thousand residents today.

But in 1984, the Rebbe said proudly, during a visit to the Haredi town: “Praise and thanks to Hashem Yisborach that I merited to participate with a group of Jews in the prominent city in Israel, Immanuel, and even though there are some who try to discourage the founders of the city, saying it’s dangerous to live in it because of its vicinity to Arab settlements—but according to us this only means that because there’s the possibility of danger involved, the reward for this mitzvah would be greater in the world to come.”

And then, as if in a direct rebuke to his son, who actually said last week that the National Religious teach that “for the sake of settling Eretz Israel we should uproot all the 613 mitzvahs of the Torah,” the first Klausenburger Rebbe said:

“The mitzvah of settling Eretz Israel is among the biggest mitzvahs… and he who bought a parcel in Eretz Israel it’s as if he bought a share in the world to come.”

On a personal note: my original article, Sunday, received mostly supportive comments, but there were a few who accused me of promoting hatred against Haredim. And, of course, there were the usual calls to get over my apparent penchant for Sinas Chinam-baseless hatred, for which, according to our sages, the second temple was destroyed.

I must say that, in my opinion, those very calls for inhibiting an honest discussion of our values as religious Jews, under the bizarre guise that any reporting of the truth might somehow add to hatred, is in itself the most blatant expression of baseless hatred to the value of Truth.

The language Rabbi Shmuel Dovid Halberstam, the Sanz-Klausenberger Rebbe of Borough Park, used in his speech in Beit Shemesh, was violent, brutal, uncivilized and rife with self pity. Reflecting the worst in modern haredi punditry, it accused religious Jews of the worst possible motives–that their goal is to eradicate Torah, for heaven’s sake–and compared to Nazis the non-religious Jewish journalists critical of the Haredi society in Israel. That was not civilized language, and the notion that an inspired Chassidic leader who influences many Jews would use this language is saddening and, frankly, scary.

I come from a family of Gur Chassidim, I wrote a book about a great Rebbe and I davened many years with Chassidim. I never imagined this kind of speech coming from a Rebbe. I don’t know the man, I don’t wish him any harm, God forbid, but as a lover of Chassidism and Chassidic Jews, I had to voice my personal objection. 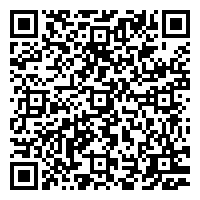