Foreign Minister Avigdor Liberman turned down a Swedish diplomatic request to meet next month in Jerusalem.

Sweden’s Foreign Minister Margot Wallstrom’s request was rejected in retaliation for her country’s unilateral decision to announce its formal recognition of the “State of Palestine.”


The European Union adopted a resolution on Wednesday supporting in principle the recognition of “Palestine” as well. The motion that passed read, “The [European Parliament] supports in principle recognition of Palestinian statehood and the two-state solution, and believes these should go hand in hand with the development of peace talks, which should be advanced.”

Sweden was the first major European nation to make such a move, considered a diplomatic slap to Israel and an outright rejection of the internationally-recognized Oslo Accords. The Palestinian Authority has spent years carefully lobbying nations around the world for precisely this result, which allows the entity to evade its responsibilities and obligations under the Oslo Accords to reach a final status agreement via negotiations with Israel. 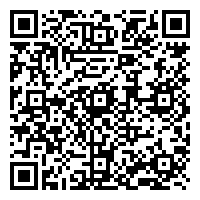