Word has it that land that has not been occupied since Jordan fled the Gush Etzion bloc after it was humiliated in a war nearly 50 years ago (and before leaving was present with no legally recognized rights thereto), may eventually become the site of new housing for Jews.

The area under consideration neighbors the Israeli town of Allon Shevut, and is adjacent to a women’s seminary, Migdal Oz. It is also in close proximity to several other Jewish learning institutions such as the Yeud Mechina and and several yeshivot. It is located  across the road from the large Israeli community of Efrat, in Gush Etzion.


The site is very near to where the three Israeli teenagers, Gilad Shaar, Naftali Frenkel and Eyal Yifrach, were kidnapped by Hamas terrorists, and then murdered by them, south of Hebron.

Previously the site was known as Givat Oz (Hill of Strength). The new name incorporates the initials of the three boys – Gilad, Eyal and Naftali – and the acronym created also happens to mean great wisdom. The site is now known as Givat Oz v’Gaon.

In part, a strong local push for the development of housing in this location came as a response to the abduction and murder of the three teens on June 12. As a local community leader, Davidi Perl said, “The goal of the murderers of the three youths was to sow fear and disrupt our living routine and our answer is strengthening settlement and building.’’

Some Israeli commenters, and plenty of non-Israeli media responded with disdain for Israel’s consideration to increase housing for Jews in a vibrant Jewish community.

They attacked the decision as “moronic” both because they considered it “punishment” – heaven forbid! – for the kidnapping and murder of innocent Israeli teenagers, and also because steps seemed to be taken to further Jewish life “just before the United Nations General Assembly meets!”

And if no more homes for Jews, ever again, anywhere within or beyond the Green Apartheid Line are ever built, what? The UNGA will issue commendations for Israel? Not in anyone’s lifetime.

But in truth, there have been no housing tenders for Givat Oz v’Gaon. In fact, last year – well before the “moronic” “act of punishment,” the government of Israel invited bids for the building of 1,000 housing units at the site, according to the Belfast Telegraph. And nothing closer to building homes has taken place.

Whether the land will ever be allowed to bear homes for Jews remains a hulking question mark.

But having Jews attack the Israeli Prime Minister for being so “moronic” as to consider allowing still more Jews to live and breathe beyond an attempted Apartheid Green Line is cause enough for despair. 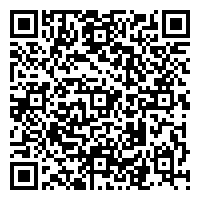