“Shiloh was the capitol of Israel 3,500 years ago, to say Jews have no connection to Shiloh is bizarre,” GOP presidential candidate Mike Huckabee declared during a visit to Israel on Tuesday.

“As long as one of the sides [in the Israel-Palestinian Authority peace process] does not acknowledge Israel’s right to exist, there cannot be a real peace,” he said.


One of the major problems in achieving that end, he added, has to do with the ongoing incitement that begins in the Palestinian Authority’s public school system. “You can’t have Palestinian kids learning to hate Jews in school,” Huckabee commented.

“I would love to see a true peace in the world, but the question is, does Israel have a right to build bedrooms for the expanding number of people who are coming here, who are making aliyah, to make sure their people have a secure land they can defend.

“I don’t know why anyone on this earth would think that they should surrender that right. Land for peace has not worked for Israel; they lose the land, and they lose the peace,” he noted, referencing the 2005 Disengagement from Gaza that led to more than a decade of thousands of deadly rocket attacks fired at southern Israelis by Gaza terrorists from the ruins of the evacuated communities.

Huckabee had made a special point of traveling through Judea and Samaria and visiting the Jewish community of Shiloh during his 48-hour visit.

“If you’re going to visit Israel, you should visit all of Israel,” he said pointedly, “and that would include Judea and Samaria,” Huckabee told reporters. “Jews have a stronger connection to Shiloh than Americans have with Manhattan,” he said.

As regards the fate of the current IranDeal before the U.S. Congress and how Israel might ultimately deal with the existential threat it represents, Huckabee said, “The U.S. and Israel have vowed to prevent Iran from obtaining a nuclear weapon. This is a terrorist state, and we are empowering and enriching them through this deal, by unfreezing $150 billion in assets which they will use to buy conventional weapons…. Israel has the power to [decide whatever it needs to do to protect itself]. They don’t need my assistance or approval to pursue whatever makes them safe.”

The presidential hopeful told each journalist with whom he met on Tuesday that he would “always make sure the United States stands by its ally, Israel,” if he is elected.

Huckabee has been visiting the Jewish State long before he ever thought of running the for president. The former Arkansas government’s first visit to Israel was 41 years ago, he recalled. 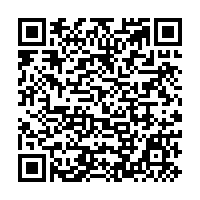