A member of the Syrian opposition based in Washington DC told Tazpit Press Service (TPS) on Tuesday that Israel’s humanitarian aid to Syrian families affected by the civil war there, is well known around the country.

A European-based spokesman for another opposition group said that few — if any — Syrians view Israel’s sovereignty as cause for continued hostilities.

“All Syrians know that Israel has been helping families who have been wounded and displaced by the war,” said Sirwan Kajjo, 31, Syrian Kurdish author and journalist from the City of Qamishily, in northeastern Syria.

Speaking to TPS ahead of an event titled, “Syrians Speak Syria,” organized by the Harry S. Truman Research Institute for the Advancement of Peace at the Hebrew University of Jerusalem, Kajjo added that the humanitarian aid and medical treatment in Israeli hospitals have served to undermine a regime message that Syrians have heard constantly for 50 years.

“This is something unheard of,” he said. “In the Syrian mind, Israel has been the ultimate enemy in the world for 50 years. But now, [the Israelis] are the only people even trying to help, while all of our traditional ‘friends’ have sat back and done exactly nothing. So it’s hard for people to accept Israel being anything but an enemy, but it’s not really a taboo any more. If anything, the whole story has served to undermine the regime’s propaganda,” Kajjo said.

Kajjo was joined on stage by 50-year-old Issam Zeitoun, a native of Beit Jann, in the Syrian Golan Heights, adjacent to the border with Israel. Although he is based in Germany, he currently serves as the liaison between local resistance groups, including the Free Syrian Army, and international players, including Israel. In addition, the event included video links from Syria with Enwer Naso, a Kurdish fighter in northern Syria who has been jailed six times by the Assad regime, and Fahm al-Masri, the founder of the National Salvation Front.

All speakers described the destruction of Syria, as well as the brutality of both regime and opposition forces. Enwer Naso said that many or most children in the country have been unable to attend school since the fighting began, and that much of the country’s infrastructure has been demolished. As a result of the war, even families that have managed to remain together and unharmed are unable to guarantee sufficient food, water and other basic needs.

On a political level, all speakers were critical of the Obama administration for what one person called “his policy of leading from behind,” saying said policy has strengthened challengers to American power, especially Russia and Iran, while weakening American allies and interests in the region.

All also agreed that Russia’s involvement in the conflict is a sign that Moscow “is here to stay,” and added that Russia’s decision over the past year to initiate bombing raids on behalf of the Assad regime would likely go a long way towards both furthering the Assad regime’s attempt to hold on to power and Russian President Vladimir Putin’s goal of staking out a central role for Moscow in a new Middle East.

“Take the battle for Aleppo, said al-Masri. “The city is critical for Assad because it is an economic hub. So the Russians came to the rescue and the regime retook control in the city, but as always, it is the civilians who paid the price: About 500,000 people have died in Aleppo, most of them civilians.”

Predictably, the event was interrupted twice by Palestinian Authority students, calling the speakers “traitors” and criticizing their decision in Arabic to “legitimize the ‘occupation’” by visiting “occupied Jerusalem.” The protesters were eventually removed from the hall by security forces, to loud applause from the majority of attendees as well as a simple assertion by Sirwan Kajjo.

“I’m sorry those students were escorted out of here before they had a chance to hear just one sentence: If they had ever spent just one day in Syria, they would have a completely different view of things,” Kajjo said.

Issam Zeitoun concurred. In a pre-lecture meeting with TPS, Zeitoun said he was expecting to be interrupted by protesters, but said he was not intimidated by the prospect of being shouted down. He added that regardless of Syrian or Palestinian Authority propaganda, the fact that most Syrians have had interactions with Israelis and with Syrian officials speaks for itself.

“It’s not only the fact that people in the Golan Heights are being killed by both Assad and opposition troops now,” he said, using the Arabic pronunciation for the mountain range separating the two countries. “In 1967, and again in 1973, people in my village received medical treatment and protection from Israeli soldiers, but so many people were tortured after that by Assad.

“So now, I think that many people have seen through the regime’s lies, and they have come to see Israel as a neighbor. If they have learned anything over the past five years it’s the importance for them to have better relationship with this country,” Zeitoun said. 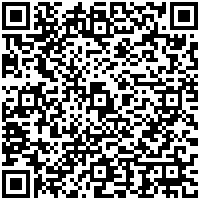