In response to the errant mortar that hit Israel on Wednesday evening, the Israel Air Force hit a target on the Syrian side of the Golan Heights that is under control of the Syrian regime.

Yesterday’s mortar landed in the northern end of the Golan Heights. It was presumably a misdirected shell from the Syrian civil war. There were no injuries or damage reported from the Syrian mortar.


The IDF said it holds the Syrian regime responsible for all that happens in its territory, and Israel will not accept any violations of Israel’s sovereignty or threat yo the security of Israel’s citizens.

Reports indicate that Hezbollah and Iranian troops are currently massing in the town of Quneitra on the Syrian side of the Golan Heights, preparing to attack the Syrian rebels positioned nearby. 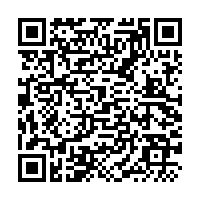