On August 20, JewishPress.com first reported on Iranian military reinforcements entering Quneitra on the Syrian side of the Golan Heights.

Syrian sources said the Iranian Revolutionary Guards were replacing Syrian regime troops. The Iranians were being positioned there to allegedly attack the Syrian city of Daraa, near Jordan’s border.

There are estimates that as many as 60,000 Iranian troops are fighting in Syria.

On Monday, the official Iranian Islamic regime news outlet, FARS, claimed that the troops being stationed in Quneitra are Hezbollah and Syrian regime troops.

The report says, “Hezbollah has deployed a large number of its forces at Quneitra passage which has connected the Syrian territories to the occupied Golan.”

Both Syrian and Iranian news sources agree that forces supporting Assad are massing near Israel’s border on the Golan Heights in order to attack the Syria rebels positioned on the Golan Heights, but they apparently disagree on the identity of which of those allies of Assad it actually is.

In the past, Hezbollah operatives trying to set up terror networks on the Golan Heights have been attacked and killed, presumably by Israel.

It’s unknown which report is more accurate as to the makeup of the forces in Quneitra, are they Hezbollah terrorists or Iranian Islamic Revolutionary Guards – or perhaps both?

Israel has previously stated that Iranian troops along its borders is a red line that it won’t accept. 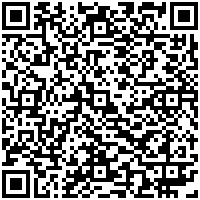