The IDF has beefed up its security forces in Judea and Samaria.

Patrols are being tightened along the roads in the region. Forces training in other areas of the country, such as the Golan Heights, have been redeployed further south as well.

Although military sources said the moves do not indicate any change in the region’s security status, nevertheless IDF Central Command is clearly taking no more chances.

Among other decisions, Netanyahu ordered security personnel to demolish the homes of convicted Arab terrorists, as a deterrent measure.

The gathering convened in the wake of terror attacks in Tel Aviv and Gush Etzion just a few hours earlier that left two young Israelis dead and a number of other Israelis wounded.

One of the two victims, 26-year-old Dalia Lamkus of Tekoa, was laid to rest this morning (Tuesday, Nov. 11) at the cemetery in her community. She had survived a stabbing during prior terror attack in 2006.

The second victim, IDF Staff Sergeant Almog Shilony, age 20, is to be laid to rest this afternoon in a private ceremony at the military cemetery at Mount Herzl. His family has requested the media refrain from coverage. 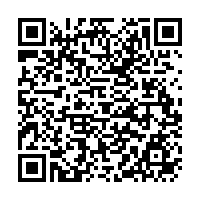