IDF Military Advocate General (MAG) on Wednesday issued a press release regarding a number of alleged “exceptional incidents” that took place during Operation Protective Edge in the summer of 2014. Many of these claims originated in complaints that were transmitted to the MAG Corps on behalf of Arab residents of the Gaza Strip, as well as by several NGOs. Other allegations were made in media reports, as well as by internal IDF operational reports.

To date, the MAG Corps has received some 500 complaints about 360 incidents alleged to have occurred over the course of the Operation. Some alleged incidents received more than one complaint.

Each complaint suggesting misconduct by IDF forces, undergoes an initial examination. If the allegation is deemed credible, prima facie, and is sufficiently concrete, it is referred to the MAG for a decision as to whether an immediate criminal investigation is warranted without further examination, or whether the incident should be referred to the General Staff Mechanism for Fact-Finding Assessments (FFA Mechanism), for a prior factual examination before making a decision on whether to open a criminal investigation.

To date, in the wake of allegations that indicated prima facie grounds for a reasonable suspicion of criminal misconduct, the MAG has ordered the opening of criminal investigations without the need for prior factual examination with regard to 24 exceptional incidents. Of these criminal investigations, the MAG decided to issue indictments against three IDF soldiers, accused of looting and of aiding and abetting looting. The legal proceedings regarding these charges are underway at the present time.

Regarding 13 other criminal investigations, the MAG has closed the cases without undertaking any criminal or disciplinary proceedings. The remainder of the investigations are still ongoing – some are still underway, and some have been completed with their findings having been submitted to the MAG for review.

Other allegations, which did not indicate prima facie grounds for a reasonable suspicion of criminal misconduct, were referred to the FFA Mechanism for examination. This mechanism, which was initiated while the operation was still underway, collates information and relevant materials and undertakes inquiries, in order to assess the facts of exceptional incidents. These efforts are intended to provide the MAG with as much factual information as possible in order to reach decisions regarding whether or not to open a criminal investigation, as well as for the purpose of a “lessons-learned” process and the issuance of operational recommendations that will assist in mitigating the risk of exceptional incidents occurring in the future.

All in all, to date, around 360 complaints and reports relating to around 220 exceptional incidents alleged to have occurred over the course of the Operation have been transmitted to the FFA Mechanism for examination, after undergoing an initial examination by the MAG Corps.

To date, after reviewing the factual findings and the material collated by the FFA Mechanism, the MAG has referred seven incidents for criminal investigation. One of these investigations has already been the subject of a decision by the MAG. Other investigations have been completed and are awaiting review of their findings by the MAG, or are currently ongoing.

With regard to around 80 additional incidents that were examined by the FFA Mechanism, the MAG decided to close the case without opening a criminal investigation, where the actions of the IDF forces involved did not give rise to reasonable grounds for suspicion of criminal behavior. However, in relation to some of these incidents, the MAG recommended reviewing operational methods in order to assess whether any changes should be made. In certain cases that were closed, the MAG found that no involvement of IDF forces could be identified in regard to the incident. 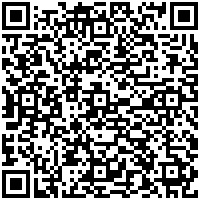