An IDF vehicle overturned and killed a Palestinian Authority terrorist who was hurling firebombs at soldiers during a riot near Ramallah Sunday morning.

One of the soldiers in the vehicle reportedly was lightly injured. The military is investigating.


The terrorist was identified as Abdullah Iyyad Ghane, from a village near Ramallah. He apparently was a  member of Hamas, which immediately issued a statement of mourning.

Another riot near Ramallah on Friday was filmed by Arab media that showed soldier beating an Arab while he was pinned to the ground. Soldiers said that the man had tried to grab a rifle of one of the soldiers and attempted to assault him.

The Kfir Brigade soldiers involved in the incident face questioning and possible disciplinary action by the IDF today.

Last week, a Palestinian Authority rioter was killed after he stabbed a solider during a riot.

Expect the U.S. State Dept. this week to issue a statement calling for “both sides to exercise restraint” and for a “proportionate” response by soldiers under a hail of rocks and firebombs. 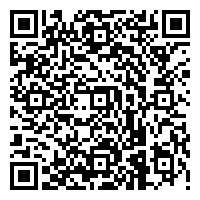