Yesterday, during an in-camera session of the Knesset committee preparing the “equal burden” bill for its second reading before the plenum, the IDF representative at the meeting, Brigadier-Gen. Gadi Agmon, launched a vehement attack on the deans of Haredi yeshivas, accusing them of outright lying and covering up for students who are registered but do not show up for classes, Ma’ariv reported.

The legal arrangement between Israeli governments and Haredi yeshivas over the years, known as the “Torato umnuto” (his Torah study is his occupation) deal, recognized that young men whose only engagement was Torah scholarship would be absolved from enlisting in the army so long as they continue their studies. To be fair, the IDF has been giving similar deals to young men engaged in secular studies, but in many cases those deals involved attending students technical schools who went on to serve a longer stint, often using the skills they had learned.

The “Torato Umnuto” soon became a blanket covering the vast majority of Haredi young men, whether they were actually studying or not. It also turned out to be a two-edged sword, as those young men were barred from legal employment because of their military status, and so many were condemned to a life of dead-end jobs paid for illegaly.

This was the main purpose of the Tal Committee Law, which, back in 2002, was attempting to interject fairness and honesty into a seriously broken system. Many in the Haredi world have pointed to the steady stream of recruits, as well as the steadily rising numbers of Haredim both in the job market and in academic institutions as signs that the Tal law was working. But the Supreme Court, ever eager to equalize the country, was dissatisfied with what it considered lukewarm results and eventually killed the bill in the winter of 2012.

The new law, hammered out by the (Yesh Atid MK and Minister) Jacob Perry committee over the past six months, is a more sweeping version of the Tal law, calling for larger numbers of Haredi recruits in a shorter period of time. But while on paper the numbers might please the high court—in the Haredi world the Perry effort (which they usually pin on Jewish Home leader Naftali Bennett’s back) is tantamount to at least the Russian Czar’s conscription of Jews, if not an outright holocaust.

This is the background of Brigadier-Gen. Agmon’s assault on the yeshiva deans, whom he sees as saboteurs of all the arrangements ever reached between the Zionist establishment and the Haredim, whether the Haredi representative were inside or outside the coalition government.

“It is inconceivable that deans of yeshivas would lie knowingly and sign for their students as if they’re present full time in the yeshivas, while in reality they’re not there,” Agmon, who serves as head of the Planning and Military Personnel Dept. in the IDF. “There are thousands who don’t study in the yeshivas [while stating that they are], but we don’t have the apparatus to enable us to identify them and enforce their enlistment,” he added.

Agmon’s appearance marked a distinct change in the IDF’s approach to the new draft legislation being cobbled in committee, this time headed by Jewish Home MK Ayelet Shaked. Until yesterday, the army stayed away from the discussion, essentially committing to carry out whatever the political echelon would decide. But the gloves were taken off yesterday, and all the spades were called out by the general.

MK Shaked decided to keep the session closed to the media, most likely to enable the Haredi committee members to speak frankly, away from their own newspapers which have been frothing at the mouth over the new bill for six months now. According to Ma’ariv, MK Moshe Gafni (UTJ) and MK Ariel Atias (Shas) both agreed that a yeshiva boy who comes of age and is not attending classes should be drafted. Gafni went as far as to say that, should it be needed, those students should go to jail if they refuse to serve.

The problem is that that, too, is part of the Haredi parties’ kabuki theater, whereby they talk a good line, but when it comes to anyone actually encouraging those young men to inject a measure of honesty into their lives and go serve in the army – everybody is collaborating to keep them in the black garb, hat and all. 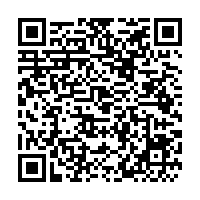