Yisrael Beytenu MK Robert Ilatov is determined to ensure the loyalty of judges in the State of Israel. He declared Thursday after his selection to the committee to select judges for the secular courts that “anyone who refuses to sing ‘Hatikva’ is unfit to serve as a judge.”

Ilatov’s appointment to the committee comes as part of a coalition deal with the party.


“In my view, a judge who is unwilling to sing Hatikva cannot be a judge in the State of Israel, which is the nation state of the Jewish people,” Ilatov said in an interview with Galei Tzahal Army Radio on Thursday.

“I have no problem with those who have already been appointed to the bench. I will not appoint someone who on principle is opposed to the idea of the State of Israel as a Jewish state. I don’t need to aid and abet this. So we will have an Arab judge who sings Hatikva. What’s the problem?”

The issue came to the public eye following an incident in which Supreme Court Justice Salim Jubran refused to sing the national anthem during his own swearing-in ceremony.

Justice Minister and MK Ayelet Shaked of the Bayit Yehudi party was diplomatic in her response to Ilatov’s remarks when asked about his position in a follow-up interview on Galei Tzahal Army Radio, but did not endorse the hard line.

“Yes, there was the episode with Salim Jubran,” Shaked said. “There are many excellent Arab judges in the judicial system. A judge needs to stand during the national anthem, but I won’t be looking to see if he is mouthing the words to Hatikva or not. A judge needs to be selected first and foremost according to skills and criteria,” she said.

Shaked added that it is important to have Arab judges in a nation with a 20 percent minority. 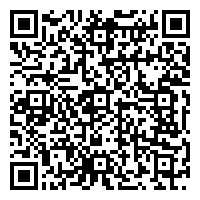