Last Wednesday, at the height of Operation Protective Edge, Argentine President Cristina Fernandez de Kirchner warned Israel that no harm came to an Argentine priest caring for a group of 30 disabled children in the Gaza Strip. But the socialist president couldn’t seem to find the words to support the 50,000 Argentine nationals who live in Israel.

Writing on Twitter, Fernandez de Kirchner said “Israel is responsible for the safety of priest Jorge Hernandez and those people in his care,” and added that “A worsening of the situation of these people will have severe consequences for bilateral relations.”


According to Andalou Agency,  a Turkish online news site that seems to be a government mouthpiece (no concrete information about AA’s political leanings could be found on the website), Fernandez de Kirchner made the comments on the heels of a phone call by the country’s Jewish Foreign Minister Hector Timerman who expressed Buenos Aires’ opposition to civilian deaths to Israel’s ambassador to Argentina, Dorit Shavit, Timmerman reportedly emphasised the Israeli government’s responsibility to protect Argentine citizens in Gaza, including making sure the orphanage received sufficient supplies of food, water and electricity.

However,  when Jewish community officials challenged the president to make a statement regarding Hamas rocket attacks on Argentine Israelis, Fernandez de Kirchner couldn’t quite seem to find the right words. According to one community leader in Buenos Aires, the  president showed little interest in the wellbeing of Argentine citizens living in Israel, and refused to retract her statement regarding Father Hernandez. The socialist De Kirchner has come under fire in Argentina for coddling Iran since her election in 2007. Although both countries maintained embassies in the opposite capitals, relations between Buenos Aires and Tehran were strained for 15 years following the bombing of the Asociación Mutual Israelita Argentina (AMIA) in July, 1994.

Since coming to power, however, De Kirchner has played a central role in Iran’s emergence as a regional power in South America. Under her leadership, Buenos Aires has announced it would abandon efforts to bring current and former Iranian officials to justice for their roles in the AMIA bombing, despite the fact that Argentine Jewish leaders have shown conclusively that that attack, which claimed the lives of 85 people and injured more than 200, was perpetrated by Iran.

Principal suspects in the case include former Iranian President Akbar Hashemi Rafsanjani and current Justice Minister Mostafa Pourmohammadi, who directed the Ministry’s foreign intelligence  service in the 1990s, at the time of the AMIA bombing and when scores of dissidents were assassinated inside and outside Iran, has also been implicated.

Iran refused to carry out a 2006 arrest warrant, issued by an Argentine judge, for Rafsanjani, Pourmohammadi and eight other ex-officials, claiming the attempt to bring the officials to justice was a “Zionist plot”.

Not insignificantly, Iran-Arentina trade ties have spiked under De Kirchner’s leadership. According to the InterAmerican Security Watch website, exports from Argentina to Iran jumped from around $84 million in 2008 to some $1.2 billion in 2011, making Argentina Iran’s second-largest trading partner in South America, after Brazil.

More recently, the Digital Journal website reported that Tehran has continued to make inroads around South America with a series of trade arrangements with Argentina, Brazil, Bolivia, Venezuela and other Latin American nations. The contracts are approximated to be worth some $40 billion dollars, specialists explained. 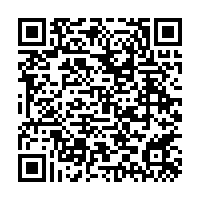