Amir Hossein Motaghi, an Iranian journalist, defected during the P5+1 nuclear talks in Lausanne, Switzerland, according to a British Telegraph report.

Motaghi said the Iranian reporters at the P5+1 negotiations are primarily there to control the flow of news back to Iran, stating, “My conscience would not allow me to carry out my profession in this manner any more.”


One of Motaghi’s more disturbing comments was a claim that the US negotiating team was taking a more conciliatory line with Iran than some of the other members of the P5+1 team which is made up of the five permanent members of the UN Security Council, the United States, United Kingdom, Russia, China, France, plus Germany.

“The US negotiating team are mainly there to speak on Iran’s behalf with other members of the 5+1 countries and convince them of a deal.”

He had heard he was possibly going to be arrested when he returned to Iran. 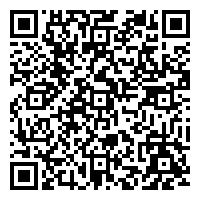