The Iron Dome anti-missile system intercepted a terrorist rocket over a kibbutz in southern Israel on Monday afternoon.

The rocket was one of two that were fired in a barrage by Gaza terrorists. The second exploded in an open area, where it caused no damage.


No one was physically injured, officials said, and the Color Red incoming rocket alert siren activated in time for all residents to reach their bomb shelters in time safely. 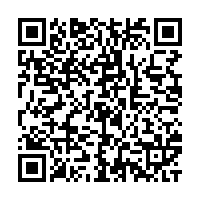