The phone call was conducted during Barkat’s visit of condolence to the Frenkel Family in Nof Ayalon. Barkat further visited the homes of the Yifrach and Sha’ar families, strengthening the three families whose sons were kidnapped and murdered. Barkat told the families that “their conduct is a symbol of statehood and dignity.”


During the visit at the Frenkel home Barkat held a conversation with Hussein Abu Khdier, the father of the boy Mohammed who was slain on July 2nd. Barkat expressed his participation in the family’s grief and condemned the boy’s murder in the name of Jerusalem’s residents, calling it a ‘severe and barbaric act of murder’.

Barkat said that “it is important to bring the killers to justice quickly and restore calm to the neighborhood of Shuafat and Jerusalem.”

At the end of the conversation Barkat suggested that Abu Khdier and Frenkel talk; they both responded to his offer and comforted each other.

Frenkel expressed his sorrow to Abu Khdier and told him: “As one who has experienced the loss of a young man, our family understands the magnitude of the loss and difficulty, and we express our utter opposition to any act of violence whether by Jews or by Arabs.”

Frenkel reminded Hussein that “as soon as we heard of the murder, the family announced that it condemns any expression of violence and revenge for the murder of the three boys.” 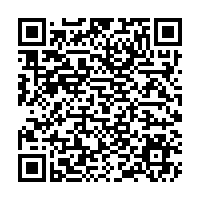