A Tennessee watchdog group is warning the state’s governor the school system’s textbooks are filled with the “new anti-Semitism.”

Laurie Cardoza-Moore, founder of Proclaiming Justice to the Nations said the textbooks contained more than 700 problematic sections with inaccuracies, biases and disinformation, according to a report posted on WND.com .


PJTN charges the textbooks violate both the U.S. and Tennessee Constitutions because they teach the “dogmas of one religion” – Islam – and contain anti-American and anti-Christian content as well.

Cardoza-Moore asked Governor Bill Haslam to carry out a “full and thorough” review of actions of the state’s recently-resigned education commissioner Kevin Huffman.

Parents in two school districts in the state have also asked the group about a presentation in their children’s classrooms teaching about Islam. According to PJTN, five of the slides used in the presentation were attributed to CAIR (Council of Arab-Islamic Relations), which recently was listed by the United Arab Emirates to its official list of foreign terrorist organizations. 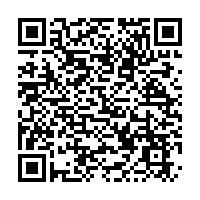