The United Arab Emirates classified the Muslim Brotherhood, Al Qaeda, the U.S.-based Council on American-Islamic Relations (CAIR) and the Muslim American Society (MAS) to be terrorist organizations on Saturday.

The seven-member federation cabinet listed two of America’s largest Muslim civil liberties groups with the backers of Egypt’s former President Mohammed Morsi and the largest international terrorist organization, as well as some 83 other Islamist groups as terror organizations.


On the list were the Al Qaeda-linked Jabhat al-Nusra (Al Nusra Front), Pakistani Taliban and the Islamic State in Iraq and Syria (ISIS), according to the WAM official state news agency.

CAIR was named as an unindicted co-conspirator in the 2007 Holy Land Foundation case in which its leaders were found guilty of aiding Hamas, a U.S.-designated terrorist organization. CAIR was listed as a member of the U.S. Muslim Brotherhood’s Palestine Committee in the case.

The Muslim American Society also has ties to the Brotherhood, as explained by a 2004 article in the Chicago Tribune, which reported the group was secretly created by U.S. Muslim Brotherhood leaders.

In a statement released Saturday, MAS responded that the group was “shocked” to read it was listed with “numerous other organizations, as a terrorist organization… Before proceeding any further we would first like to verify the accuracy of the news reports and receive an official response from the United Arab Emirates regarding the reports,” the group said.

The move to name the Muslim Brotherhood as a terrorist group follows a similar decision by Saudi Arabia this past March. Egypt had already outlawed the Muslim Brotherhood as a terrorist organization last December. It was the second time the group had been outlawed in Egypt, albeit the first ouster of a Brotherhood-backed president, also the first Egyptian leader to be chosen in democratic elections that many believed were rigged.

Istanbul-based Islamic scholar Adnan Oktar predicted in an interview last week, meanwhile, that ISIS and the Muslim Brotherhood will eventually merge. The Muslim Brotherhood is “at the root” of the Islamic State of Iraq and Syria, Oktar said during his A9TV satellite television program on November 11. “The Brotherhood in Egypt could soon come entirely under ISIL control… [Gaza’s ruling terrorist group] Hamas may also join ISIL,” he added, using the alternate name for ISIS, the Islamic State in the Levant (ISIL).

“No harm will befall Israel. But there will be a chain of recruitment to ISIL… Very few groups in the Islamic world will not join. The Brotherhood is at the roots of Al Qaeda and Hamas. The Brotherhood fed them both.” 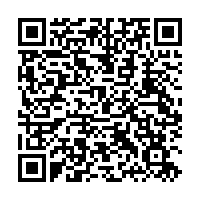