The ISIS (Da’esh) terrorist group has taken responsibility for the horrific suicide bombing attack that claimed the lives of at least 43 people late Thursday.

More than 200 others were wounded when two attackers blew themselves up on a crowded street in the middle of Burj al-Barajneh during evening rush hour, ripping apart cars and the bodies of those inside them.

“A soldier of the caliphate blew himself up in the stronghold of the heretics, and after the apostates crowded around the site of the explosion, a second martyr blew himself up using his explosive belt,” read a statement posted online by ISIS.

In the statement, ISIS used deragatory terms to refer to Shi’ite Muslims and the rival Hezbollah terror organization, and vowed to carry out more attacks against Shi’ites.

A third suicide bomber was killed when the second attacker detonated the explosive, according to Lebanon Health Minister Wael Abu Faour, who was quoted by The Daily Star.

In a statement to media, the Lebanese Army confirmed that two suicide bombers had carried out the attack. A third attacker’s body had been found with an intact explosive belt that was not triggered by the blast that had killed him, the statement noted.

The attack, which left 239 wounded, was one of the deadliest to strike the country since the start of the raging civil war in Syria. —

Riots and stonings were reported early Friday against Israeli military forces in Al-Bireh, according to The israel Link.

Nasrallah Threatening from Safety of Beirut Bunker: US Will ‘Pay the Price’ for Killing Soleimani 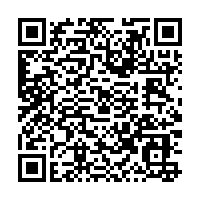