Riots were reported early Friday as Palestinian Authority Arabs clashed with Israeli military forces in Al-Bireh, which is adjacent to Ramallah in Samaria, about 15 kilometers (9.3 miles) north of Jerusalem.


The attackers threw stones at the IDF soldiers, according to local sources.

Elsewhere in related security news, Arab attackers threw stones Thursday night at a Light Rail train as it traveled through the northern Jerusalem neighborhood of Shuafat.

None of the passengers were physically injured in the attack, but at least one of the cars was damaged and was taken out of service.

On Tuesday, two Arab children stabbed a 25-year-old guard aboard a Jerusalem Light Rail train in a terror attack.

The guard was slightly wounded but shot the 11-year-old who had stabbed him, while passengers restrained the other young terrorist until police arrived.

“I wanted to kill Jews to avenge my cousin Muhammad who was murdered at Damascus Gate,” one of the two young terrorists later confessed to police. He explained that he wanted to avenge the death of his cousin, who was shot and killed last month after stabbing two police officers in Jerusalem.

The two youngsters, 14-year-old Muawiyyeh Alkam and 11-year-old Ali Alkam are both residents of Shuafat. They were seen on CCTV security footage from their attack carefully observing their target on the train in nearby Pisgat Ze’ev and waiting until the guard was distracted to draw their knives and attack.

Alkam, age 11, is hospitalized in good condition at Hadassah Ein Kerem Medical Center. Remand for his 14-year-old cousin has been extended for another week by the Jerusalem Magistrate’s Court, pending presentation of evidence by police for arraignment and indictment. 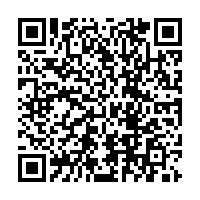