The Islamic State in Iraq and Syria (ISIS) claimed Friday that an American female hostage being held by the group is dead. The group said 26-year-old Kayla Mueller, a humanitarian aide worker, was killed when a Jordanian air strike hit the building in Syria where she was being held hostage, the SITE Intelligence Group reported.

ISIS said on Twitter that Mueller was buried under the rubble of a building near Raqqa, the group’s de facto capital. “The failed Jordanian aircraft killed an American female hostage,” the message said. “No mujahid was injured in the bombardment and all praise is due to Allah.”


A State Department spokeswoman said the U.S. was investigating the claim but could not confirm them.

“We are obviously deeply concerned by these reports,” National Security Council spokesperson Bernadette Meehan told Business Insider. “We have not at this time seen any evidence that corroborates ISIL’s claim.”

Mueller, a native of Prescott, Arizona, was captured in August 2013 after leaving a Doctors Without Borders hospital in Aleppo, Syria. She is the last known American hostage being held by ISIS.

If the reports turn out to be true, Joint Special Operations Command (JSOC) will likely step up its attacks against the group as they will no longer pose danger to any Americans. Some plans to strike at the group until this point were rejected on the grounds “these things would be too risky to Kayla” said a military official interviewed by Foreign Policy magazine, on condition of anonymity.

The terror group demanded a ransom of more than $6 million in exchange for her freedom, according to The Daily Beast.

Jordan stepped up its own attacks last week after the video announcement by ISIS that it had executed a Jordanian pilot being held hostage by burning him alive in a cage. Amman has since intensified its bombing raids daily in retaliation against the group. 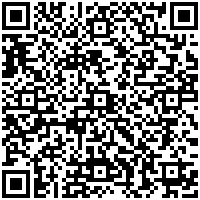