Is the Obama administration tampering with Israel’s electoral process? Top U.S. officials met on Saturday in Munich with opposition leader and Labor party chairman Isaac Herzog, a candidate in the upcoming election.

So how does that fit with a meeting between Vice President Joe Biden, Secretary of State John Kerry, and Isaac Herzog? Of course, the meeting was not “formally” scheduled and there were no photo ops.

The two American leaders both have said they will skip Prime Minister Binyamin Netanyahu’s address to a joint session of Congress on March 3 specifically because the date runs too close to Israel’s elections.

Following the talks in Munich, Herzog told Israel’s Channel 10 news that Netanyahu “won’t get to meet with a single American official on this visit – not from the National Security Agency, not from the White House, not from the State Department. It’s a complete boycott. Even if that’s not stated, that’s the story.”

And what a story it is. A complete endorsement of Labor party candidate Isaac Herzog, for whom the White House is clearly campaigning, along with the European Union.

One might be tempted to think that U.S. President Barack Obama is fiddling with Israeli politics. Tampering, even, with help from the European Union.

But isn’t that illegal? 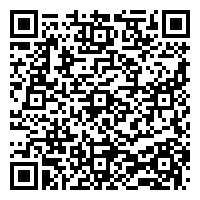