ISIS troops are currently battling Lebanese Army troops in the northeast part of the country, as the Islamic terror group continues its effort to spread across the Middle East.

Israel Radio reported Wednesday that the United States and France have agreed to supply the Lebanese army with additional weaponry to fight the rebels, but it is far from clear that the additional arms will help the local military fight the terrorists. In Iraq, ISIS troops routed US-trained army units and slaughtered hundreds of prisoners-of-war before embarking on an expanded program of ethnic cleansing to rid the areas under its control of Christians.


Closer to home, Lebanese army forces in South Lebanon have surrendered jurisdiction de facto to Hezbollah rather than face the wrath of the terror gang, and the likely slaughter of Lebanese soldiers who dared fight the Iranian-backed militia.

Hezbollah spokesmen said the organization would not interfere with an ISIS takeover of Lebanon, saying the group’s mandate is to “protect Lebanon from the Zionist enemy.” 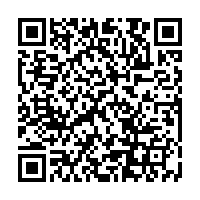