ISIS released a video in Israeli-Arabic-accented Hebrew, ranting and warning the Jews that Islamic State plans to come to Israel to slaughter and eradicate everyone until no Jews are left in Jerusalem, Israel and the world. They would first overrun Jordan, after which they would overrun Israel from every direction.

ISIS has been focusing a lot of attention on Israel lately, and local ISIS affiliated terror cells have been captured by Israeli security forces. A number of Israeli-Arabs have joined ISIS in Syria and Iraq.


This may be the first time that the Islamist organization has spoken directly to Israelis in Hebrew.

The clip shows a masked soldier wearing a uniform, with a rifle and a dagger, who speaks a fairly modern dialect, with an accent that shifts from heavily Arab, with an unusually soft R for an Arab speaker (which could suggest Israeli upbringing). Like most Arabs, he is unable to pronounce the P sound, and so he says Bashut instead of Pashut (simple), and Bachad’tem instead of Pachad’tem (you feared).

At the beginning of the video, he turns to the camera and says, “This is a serious and clear announcement to all the Jews, the first enemy of the Muslims. To all the Jews who conquered our country, the Muslims. The real war has not started yet, and everything you had before is simply called a child’s play compared to that which is going to happen to you in the near future, inshallah (God willing).”

Speaking of the current wave of terror, he expresses the hope that ISIS will arrive and destroy Israel. He promises the annulment of the Sykes-Picot borders, which, in 1916, divided the dying Ottoman between France and Great Britain. He boasts of having already eliminated the Syrian-Iraqi border, and foretells erasing the Syrian-Jordanian border, too—a direct threat against King Abdullah II of Jordan. He then promises removing the Syrian-Palestinian borders, too, which is a curious promise, because that could mean the end of the dream of Palestinian statehood (under Ottoman rule, Palestine was ruled by a governor who sat in Damascus).

He promises to eventually arrive in Israel to destroy it, to avenge its “crimes,” telling Israelis: “Do whatever you feel like in the meantime, until we get to you, and then we’ll destroy everything ten times over for the crimes your committed. And we promise you that soon there will not be a single Jew in Jerusalem and throughout the country. And we’ll continue on until we eradicate this disease worldwide.”

The above reference to Jews as a worldwide disease suggests the speaker is versed in 19th century anti-Semitic literature, probably in the texts published and distributed by the Saudi government, which rules over a publishing empire dedicated to Jew hatred.

He repeats a theme commonly used by Hamas culture, chiding Jews and Westerners for their love of life, as compared to the Arab Klingon-like infatuation with death and killing. “Look what happened to you,” he slams his Israeli viewers, “a few stabbings and running over by our brothers in Palestine, you fell over on your head and started to fear any driver traveling too fast. You’re even scared of any person who grabs something in his hand. Simply put, that is your level. Think about it even for a second, what will happen to you as soon as—inshallah—tens of thousands from all over the world will be coming to slaughter you and throw you in the trash without a return?”

The speaker is clearly an Israeli Arab, or an Arab from the territories who attended an Israeli educational institute or otherwise lived near Israeli Jews. He is likely the son of a middle class family, he appears poised and secure. His recitation is restrained, meaning that he knows and understands his target audience: excited Hamas videos in Hebrew are usually so over the top, and rife with humiliating pronunciation gaffes, they often go viral as comedy. This one is not for laughs. 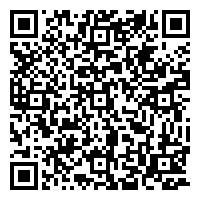