Alla’an had been returned to the Israel Prison Authority after being discharged from Barzilai, where he spent three months receiving treatment for the ravages of his hunger strike, which lasted more than 60 days.


During the latter days of treatment his supporters and family managed to secure Alla’an’s release from administrative detention.

But upon his return to the custody of the IPA, Alla’an was re-arrested on a general IDF order by Ashkelon district police officials. The close supervision and arrests come in the wake of suspicions that Alla’an was involved in masterminding suicide bombing operations during the second intifada.

The terrorist is suspected of direct involvement in recruiting and directing suicide bombers, and aiding and abetting fugitive terrorists, but has not been tried on charges either due to the need to protect security sources, or a lack of direct evidence. 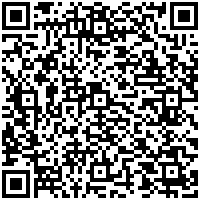