The Islamic State terrorist affiliate in the Sinai Peninsula, “Sinai Province,” has claimed responsibility for rocket fire into the Eshkol Regional Council district in the northwestern Negev on Sunday night. Two rockets fired from Sinai landed in the area, but both exploded in open fields without causing any damage or casualties.


In a statement issued on the organization’s Amaq news outlet, the group said it was targeting Israeli jets which they claimed were flying in the region.

Around the same time as the rocket attack on Israel, six Egyptian soldiers were killed and dozens more were wounded in an ISIS attack on Sheikh Zuweid in northern Sinai. ISIS claimed in a statement that yesterday’s actions were part of a coordinated attack.

“With help from none other than Allah Almighty, last night a number of our soldiers attacked two central outposts belonging to the infidel Egyptian military west of Sheikh Zuweid and east of Al-Arish,” the statement read. “They stormed the Al-Ajra and the Kerem Al-Kawadis checkpoints, and killed and injured 40 infidels. They took weapons and ammunition as their bounty, while assisting units fired Grad rockets at the Al-Zahur army base and tried to thwart the Jewish planes flying overhead, hitting the Jewish Eshkol region with two Grad rockets.”

In response to the attacks, Egypt decided to close the Rafah border crossing with Gaza. The move comes just a few days after reopening it as part of the Hamas-Fatah reconciliation efforts to create a unity government for the Palestinian Authority. 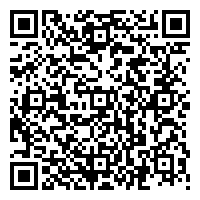