Israeli security forces in recent weeks have arrested dozens of terrorists operating within the Palestinian Authority and with tactical and financial support from Turkey, which the United States still considers a close ally.

The cell that planned to kill Foreign Minister Avigdor Lieberman with RPG grenades, as reported here earlier today, was only one of several what targeted other Israeli officials, soldiers, civilians and even Palestinian Authority officials, the Times of Israel reported, quoting PA sources.


However, it is not known if the trio that planned to assassinate Lieberman was operating under the network based in Turkey.

Several of the terrorists reportedly are being held by the Palestinian Authority.

Turkey, which helped sponsor the IHH terrorists on the Mavi Mamara ship more than four years ago, has become Hamas’ de facto headquarters.

The United States for years has declared Hamas to be an illegal terrorist organization, but it has not opened its mouth in public to say anything against Turkish Prime Minister Recep Tayyip Erdogan’s open support for Hamas.

Ever since Operation Cast Lead in late 2008, Erdogan has gone out of kilter.

He single-handedly changed Turkey from a decades-long friend of Israel to a sworn enemy.

He also suddenly and inexplicably saw Iran and Syria as allies in what he figured would be the new power broker in the Middle East.

Syrian President Bassar al-Assad’s butchery against his own people and raids on refugees who deserted to Turkey changed Erdogan’s mind, or what is left of it.

Similarly, he finally realized that a nuclear Iran might not be so healthy for Ankara.

But he still plays cards with Hamas, probably because of populist hate against Israel that has been fueled by incitement from Erdogan and Turkish media.

“Countries do not gain strategically by hosting terrorist groups,” Max Abrahms, professor of political science at Northeastern University and is a member of the Council on Foreign Relations told Al-Monitor.

“My research demonstrates empirically that terrorism is politically counterproductive behavior that erodes popular support for the political cause and results in a backlash from the target country,” he added. “Hosting terrorist groups is thus a political liability.”

ISIS makes Hamas look like the Boy Scouts, so Turks are not up in arms so long as they see Hamas as being nothing more than a group of Muslims loyal to the cause of turning Israel into an Arab country, whether through the “peace process” or the “war process.”

Al-Monitor noted that “Turkey’s support for Hamas — along with Qatar — hampers Israel’s ability to isolate Hamas,” but the reported Israeli success in busting another Hamas network based in Turkey shows that it still can be done.

It also proves that Abbas knows he is making empty threats when he warns he will break off security cooperation with Israel.

It would be suicidal for him. 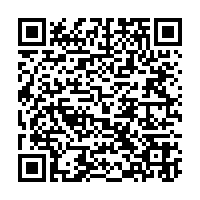