Security forces on Monday night demolished the northern Samaria Hajjah village house belonging to the family of terrorist Bashar Masalha who murdered an American tourist, 29-year-old US Army veteran Taylor Force, and wounded 11 others last March. Masalha embarked on a stabbing spree near the Jaffa harbor promenade on the same night US Vice President Joe Biden was appearing at the nearby Peres Peace Center. In the end, the terrorist was shot by an Israeli policeman and then killed while lying wounded on the grass by an Israeli police volunteer. Both men were commended for their resolute action.

Israel handed Masalha’s body over to the Palestinian Authority, whose official TV channel glorified him by calling him shahid-martyr 11 times, according to Palestinian Media Watch. The PA TV reporter said, among other things, “His family, friends, and people of the region took it upon themselves to ensure that this [burial] would be a large national wedding befitting of martyrs… The martyr was accompanied to his last resting place in the cemetery for martyrs in Hajja.”


The official PA daily Al-Hayat Al-Jadida also honored the martyr, saying, “Masalha died as a martyr on March 8, after carrying out a stabbing operation in Jaffa, in which he killed an American tourist.”

Or, as the PA TV reporter put it, “Martyr Bashar Masalha, 22, ascended to Heaven in Jaffa on March 8. He returned and was embraced by the soil of his homeland as a martyr.”

Someone should tell the State Dept. how the PA, a recipient of generous US aid, treats the murderer of an American citizen. 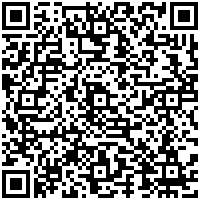