A well orchestrated ambush by Arabs on Rt. 443, the alternative highway connecting the Tel Aviv metro area with Jerusalem via Modi’in, resulted in three Israelis injured from stones and broken glass and damage to a dozen vehicles.


According to motorists who spoke to News 0404, late Monday night masked Arab terrorists poured oil on the highway about two miles east of the Maccabim check post, then stood by the side of the road and as each Israeli car arrived and started swerving on the oil, they smashed it with very large stones. At least 12 vehicles were seriously damaged, as windows and windshields were cracked and broken, as well as the sides and roofs.

Security forces were alerted and arrived on the scene shooting at the terrorists.

Arab media sources reported that four attackers were wounded in addition to the one Arab who was killed.

Update: The IDF is investigating if the IDF troops accidentally shot and killed an Arab bystander and wounded a second Arab who were not involved in the attack.
Please see this story for more information.

Also on Monday night, at 11:52 PM, Arabs set fire to an IDF post near Al Arub using a Molotov cocktail. At 11:34 Arabs threw stones at an Israeli vehicle in Huwara, Samaria, causing heavy damage. At 11:04 Arabs set fire to the Gva’ot forest in Gush Etzion. At 10 PM Arabs threw stones to vehicles in Huwara, Samaria. At 8:03 PM Arabs rioted near Zeita Jamma’in in Samaria.

In other words, a normal evening. 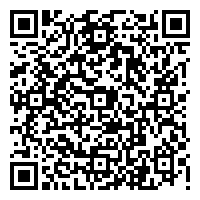