Israeli and Japanese researchers are teaming on a project to learn how autistic spectrum disorder develops in the brain.

The prevalence of autistic spectrum disorders has been steadily rising; in most parts of the world rates as high as 1 percent are reported, including in the United States. In Israel, previously reported prevalence rates have been in the 0.2 percent rage and were  based on parental reporting of diagnosis. However, they too appear to be rising.


The scientists met together at a conference that convened following a visit to Israel by japan’s Prime Minister Shinzo Abe.

A group of leading Japanese scientists arrived at the Weizmann Institute of Science late last week  to attend the Advances in Brain Sciences conference, which was  was jointly hosted by Weizmann in Rehovot and the RIKEN Brain Science Institute in Japan.

“Takumi creates mice that have a genetic defect which mimics autism,” he explained, “while my optogenetics lab can work with these mice, turning neurons in the brain ‘on’ and ‘off’ with light.”

There were a number of other presentations at the conference as well.

Keynote speaker Professor Shimon Ullman (Weizmann) spoke on visual recognition, a subject that crosses the boundaries between neuroscience and artificial intelligence. Ullman has worked with RIKEN’s Dr. Manabu Tanifuji for a number of years. “Scientificc and personal connections have deepened over the years,” he said, “and we are currently planning the next steps of joint work in the future.”

In 2010, prevalence rates for autistic spectrum disorders in Israel were found to be 0.65 percent in eight year old children, and 0.48 percent in children ages 1 to 12, per 1,000 children, according to an article published in 2013 in the Journal of Autism and Development Disorders.

The article, entitled ‘Prevalence and incidence of autism spectrum disorder in an Israeli population, listed the findings of a study of records from the Maccabi Health Maintenance Organization (HMO / kupat holim) Child Neurology and Development, Child Development Center, Jerusalem and Shfela District.

A Canada-Israel Autism Research Symposium was also held for the first time last March at The Hebrew University in Jerusalem, jointly sponsored by the Autism and Neurodevelopmental Disorders Research Hub at the Institute for Medical Research Israel-Canada and the Canadian Friends of The Hebrew University. 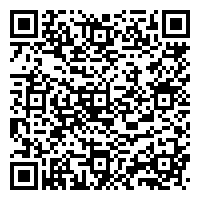