For the first time in the history of the United Nations, the State of Israel has been elected to head the sensitive United Nations Legal Committee (officially, the “Sixth Committee), a permanent committee in the world body.

Israeli Ambassador to the UN Danny Danon has rattled some nations with this appointment, a first since Israel’s admission as a member of the international community of nations.

The Sixth Committee deals with the fight against global terrorism as well as other sensitive topics.

I am proud to be the first Israeli elected to this position,” Danon said after the vote. “Israel is a world leader in international law and in fighting terrorism. We are pleased to have the opportunity to share our knowledge with the countries of the world.”

The voting process involved counting only those in favor of the appointment; at the end of the day, 109 nations supported Danon’s leadership of the committee. They did not include Iran, which joined Palestinian Authority representative Dr. Riyad H. Mansour in actively trying to convince nations to oppose Israel.

But the effort was useless – the international community knows the value of Israeli intelligence in the fight against terror. UN ambassadors clearly measured the threat to their own nations against the “aid” they might be expected to receive from entities such as the Palestinian Authority, or Iran.

“We will not allow dictatorships and anti-Israel countries to harm our standing in the international community,” Danon said in his statement.

“Those who tried to block our appointment would be well advised to take note of the jurisdiction of this committee, as they have much to learn about international law.

“We are a full member of the UN and any attempt to deny us of our legal rights in this organization will be met with uncompromising rejection.” 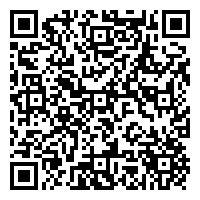