President Reuven Rivlin on Monday evening addressed an Iftar (daily Ramadan fast breaking feast) in the northern Israeli-Arab city of Sakhnin. The event was attended by municipal and faith community leaders from the Muslim and Druze communities.

“Yesterday we were all shocked by the massacre in Orlando, and I want to send my condolences to the families, and to the American nation, following this cowardly and criminal act of terrorism,” said the President, and continued, “We, too, are still in the shadow of the terror attack against us just last week, terrorism which is unrelenting toward us.”


Sakhnin, population 26,000, is located in the Lower Galilee, about 14 miles east of Acre. Its population is Arab, mostly Muslim, with a sizable Christian minority. Sakhnin is home to the largest population of the esoteric cult of Sufi Muslims in Israel—approximately 80 members. In 1976, Sakhnin was the site of the first Land Day marches, in which six Israeli Arabs were killed by Israeli forces during violent protests. Two more were killed in clashes during the 2000 Intifada.

President Rivlin stressed the need to stand united against terrorists and said, “It is hard not to see that the terrorists are acting in every way possible to undermine the remnants of trust and the fragmented remaining bridges between the two peoples. We must stand together, Jews, Christians and Muslims, against evil which sometimes claims to speak in God’s name, and we must insist on fighting for the message of religion as one of ‘choosing life.’ We must insist that murder and violence are the result of intellectual distortion which has nothing to do with a healthy religion. We cannot be silent and we cannot let those violating religion by committing atrocities in its name, to cast a stain on those of faith, or to destroy the fabric of our lives here together. As believers, we must not let our children, Jews and Arabs, grow up with a distorted understanding that religion equals terror and death, that religion means extremism.”

The President concluded by thanking his hosts, and expressed his hope for coexistence between the different communities of Israel. He said, “Our lives and your lives here in this country are intertwined. We are here together, and we will remain here together, and we should all learn and teach every day how to live a life of kindness and tolerance, a life of equality and fairness, a life that each and every one of us deserves and that we all deserve together.”

Sakhnin Mayor Mazen Ghanaym thanked the President and said, “You are a sensitive and caring person. We all condemn in the strongest terms all acts of violence.” Noting there is no real difference between Arabs in Israel and in the Palestinian Authority, Ghanaym said, “The distance from Ramallah to Jerusalem is just 15 minutes,” and, “We are working to promote employment, equal education, and peace.”

Ghanaym, who is also Chairman of the Arab Mayors’ Association, told the President, “Today in the Knesset is was announced by the Finance Minister that the five-year economic plan for the Arab community has been held up. We ask of you Mr. President to continue to work to see the program come into being.”

Back in February, the president hosted 67 heads of Arab municipalities as well as the directors-general of government ministries, to discuss the government’s new five-year plan to aid Arab cities.

On Monday night, the President assured Ghanaym that he would speak with Finance Minister Moshe Kahlon.

The five-year plan, which was announced last December by PM Netanyahu and Kahlon, will cost between $3 and $4 billion and increase funding for housing, education, employment of Arab women, infrastructure, welfare services and public transportation. 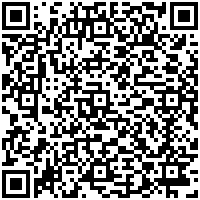